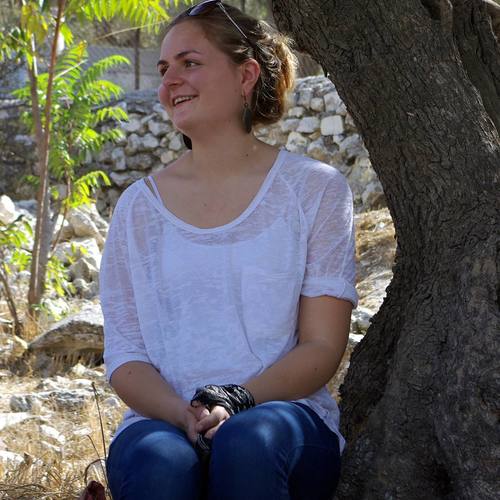 My dad has a rather unconventional job: he’s a vicar.

At this point, you’re probably thinking “of course you'd be a Christian then". But, actually, that didn’t make me a Christian. In fact, aged 12 and having started my fourth new school in a year after moving across the country, my dad's job made me annoyed – annoyed with him, and annoyed with God.

But it also made me ask questions:

- Why would someone with an Oxbridge degree and good career prospects choose to spend his life talking about a man who lived over 2000 years ago?

- How was it that our house was always full of people who, despite their different backgrounds, nationalities and ages, all told me that a man named Jesus had changed their lives?

As a 12 year old (I guess like many teenage girls), I was acutely self-conscious and critical. I would obsess about my outward appearance, and gossip about others'. I made constant self-improvement aims and devised impossible rules to achieve them. I believed the lies that I’d be content if I was more attractive, more sociable, or more academic. But all the time, I was so aware that I could never live up to my own expectations, and this constant obsession with self-improvement became exhausting and destructive.

In my frustration, I was shown a book in the Bible called Ephesians. I was struck by Chapter 2 which explains how, by nature, our hearts are dead. We disobey God, who created us and loves us, and instead we chase our own desires which cannot satisfy us, and often hurt others.

For a historic book, the Bible explained so honestly the problem that I knew I had with my own heart, when everyone else pretended they were sorted. It explained that my continuous failings were far deeper than problems with my appearance or even personality; that there was much more to life than outward appearances. God looks only at the heart, and mine was self-serving. There was no goal I could set, and no rules I could follow to fix my inherent selfishness.

But the more I read about Jesus, the more captivated I was by His character of absolute perfection and humility. Jesus was unlike any other person. He was perfect: God himself. And yet he entered our messed up world, and became a human to die for each one of us and take the punishment we deserve for our selfishness. Trusting in God provides the assurance that my identity is secure in what Jesus has done for me rather than in outward appearances, and the humility to recognise that I still mess up again and again, and am in desperate need of God’s forgiveness.

Being at LSE has made me continue to question the world around me and read the Bible more. What it says is completely radical. Either it is a load of rubbish, or it documents the most important events and person in history. The more I’ve read the Bible, the more I am convinced and amazed that it continues to explain the world in all its messiness like it explained my own messy heart so honestly. More than that, it brilliantly offers hope to a broken world and broken people like me.

Have you ever read the Bible? It changed my life! What harm can it do, as a thinking adult, to pick it up and investigate its claims for yourself?