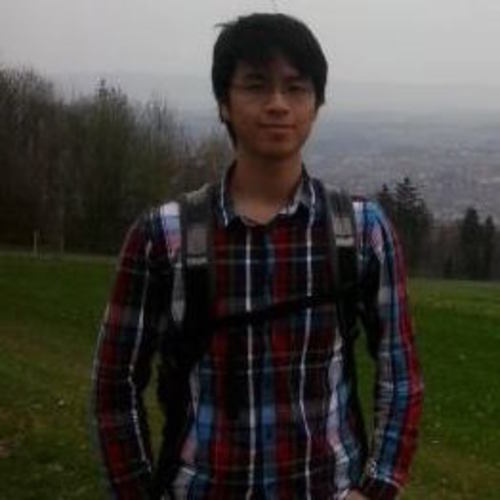 But what fruit were you getting at that time from the things of which you are now ashamed? For the end of those things is death.

Unlike most people who search for religion, I did not need God. In fact, my life was going full well and felt no need of an extra set of ‘morality’, so to speak. My testimony aims to show the sufficiency of the Bible for a genuine and reasonable Christian faith, as well as how Jesus’s death and resurrection affect everyone and demand a response.

Though I did not need a God to rely on, I still felt a slight push from within. ‘What fruit were you getting at that time from the things of which you are now ashamed?’ (1) The Christian is encouraged to continue living for Christ by such verses. But though I did not feel particularly shameful of myself, of one thing I did, which most friends do too. It is a private sin which most people say ‘happens after midnight’, which Kant said ‘He,’ of the person who does it, ‘no longer deserves to be a person’ since he uses sex against its natural design, (2) and the moral boundlessness of which even the womanizer Rousseau admits (3). In an attempt to act in accordance to the laws of my conscience, I went online and searched for the moral injunctions of various religious traditions. Since I was familiar with what my primary tradition, Buddhism said, I went to the Christian tradition. The Internet, rarely reliable on questions of ethics, had mixed answers. I went with a ‘tolerant’ one, one which did not seem grossly liberal, but liberal enough.

Something was still not right, though, with this liberal answer. There was something spurious about it. What if this liberalism would betray me heavily, perhaps even to hell? And since the Chinese culture is one with no scarcity of images and concepts of judgement, especially the daunting 18 stories of hell imported from Hinduism, I was unsettled enough to visit a church and see what Christianity said similarly and differently about hell, hoping it would present a more ‘viable option’.

What can be more surprising than to discover within my first few visits that I could have already gained a place in Heaven? ‘One only has to believe in the sacrificial work of Christ on the wooden cross, confessing at the same time one’s wrongdoings.’ So what I do would not count toward the ‘report card’ when I stand before the tribunal of God, if I accept Christ’s sacrifice for me, wearing his white robes of righteousness. The good deeds that I carry out do not count, because Christ has achieved what is required; neither do bad deeds, because they don’t diminish Christ’s achievement. They said, those who go to heaven are bad people, bad people who wear the robes of Christ. The catch is that the door to heaven is only open through Christ, who also holds the keys to Hades, being responsible for judgement.

Perfunctorily accepting this non-justice called ‘mercy’ (as opposed to injustice), I had every reason to take advantage of it, and I often did, after midnight. But the price I paid was an absence of assurance. The question to me was then: have I really repented to Christ of my shameful habit?

It took me six months to answer in the positive, after a talk at the evangelical Christian church I now attend, which laid out the Biblical principle of how all impurity even of thought was liable to judgement of a holy God. ‘Whoever looks at a woman [likewise man] with lustful intent has already committed adultery with her in his heart.’ (4) From then on I have known assurance and would call myself a Christian, and so far it has been 3 years. Two lessons that I have learnt are closest to heart and to mind, which I promised to show at the start.

The first is that the Bible itself suffices for a replete Christian belief. Jonathan Edwards, 18th century Theologian during the first American revival, expresses the idea by saying that belief is not due to a succession of logical corollaries, but is heart seeing the light of the Bible as a truthful revelation of the personal God ‘out there’. (5) In Biblical terms, ‘God, who said, “Let light shine out of darkness,” has shone in our hearts to give the light of the knowledge of the glory of God in the face of Jesus Christ.’ (6) Now historical proofs of Jesus’s death and resurrection are abundant, but they can only go so far. It is like proving that a bowl of soup is tasty, without actually tasting it. And so during my time at the Biblically-faithful church, I have come to know a careful handling of the Bible, the alleged revelation of God. If you are a seeker, I would encourage you to also read the Bible, if you are only focusing on establishing the evidential criteria. If you are a challenger, could I also encourage you to engage with scripture directly, since an engagement with external evidence does not defeat the more fundamental argument of belief laid out by the Bible. (I would love to take you through it one-to-one if you are interested.)

The second point is a logical next step. What is the content of my belief in the Bible then? One could still go astray at this point. One could believe that the Bible is the revelation of God (via interaction and intervention throughout near-east history), but still fail to see the central point. It is Christ’s death and resurrection, which was predicted throughout the Old Testament over a stretch of more than 15 centuries. Through this, Christ forgives all sins by living without sin and dying innocently for the world, so that whoever believes in him will be forgiven, as the punishment on the sinful human has been laid on Christ. Now the offer of salvation is open to all. This message is not just for the religious, much like if the Chinese team gets into the world cup finals, it is not just true for the Chinese (i.e. those who want it to be true), but for everyone (including those who don’t care, or don’t want it to be true).

For this reason, one does not even need that slight push of uneasy guilt I had, conscious of the fact that had I relished one more day in my sinful passions, I could have betrayed myself to hell eternally. But because the death and resurrection of Christ is too momentous for anyone to ignore, it is on this point that I encourage every reader to consider Christ more deeply. I do so with urgency, but also with great joy which I have come to experience by knowing Christ.

Questions about my testimony? Email: shingyunbrian.mak@sciencespo.fr