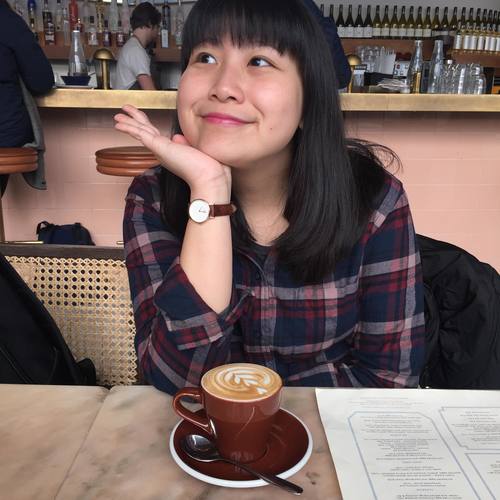 3 Then Jesus told them this parable: 4 “Suppose one of you has a hundred sheep and loses one of them. Doesn’t he leave the ninety-nine in the open country and go after the lost sheep until he finds it? 5 And when he finds it, he joyfully puts it on his shoulders 6 and goes home. Then he calls his friends and neighbours together and says, ‘Rejoice with me; I have found my lost sheep.’

It all started with the trip to Thailand.

For my gap year, I had signed up to do a five-month course – a ‘Discipleship Training School’. It sounded pretty cool on the surface: volunteering to work with children at risk in Bangkok, while learning about Jesus with other people. I had grown up going to church and in a Christian family, so I thought it wouldn’t hurt to spend five months in my hopefully long life doing something fun before university and work inevitably began.

I couldn’t have been more wrong: it changed everything.

In our first week we looked at the character and nature of God. I always knew God existed, but I viewed Him like a painter in a large room. Yes, He was there, and although He saw and knew everything that was going on in my life, He was distant. After a week of looking at what the Bible said about God’s character (e.g. being faithful, just, loving), the speaker handed us a list of God’s characteristics. He asked us to look through the list, and pray about a particular characteristic that we perhaps knew about but didn’t fully grasp yet, and ask God WHY we had trouble understanding. I scanned the list, closed my eyes and asked God (that is, if He was going to speak) why I had issues relating to Him as my Father.

The first thing I saw was a memory I had was when I was really young. My dad had come back from a trip, and I was trying to help carry his things into the house. In my excitement, I let go of the thing I was carrying: a breakable vase. I don’t remember much else other than him shouting at me, and me feeling really trapped and scared. More memories came to mind. He worked really long hours at his job to provide for our family and because he was so busy, the only way I could really get his attention was when I did well in school. Then I remembered how I would do maths problems, and he would mark them, and when I got something wrong he would call the mistake “careless”.

At that point, God spoke, and said: “This is why you have a hang-up with maths”.

First: God just spoke to me.

Second: school was generally okay, but I couldn’t understand WHY I hated maths so much until this point. I could do it, but I hated it with a passion. There was a mental block with the subject. My teacher would ask me why I could answer questions in class but would do badly in tests. I would cry and get unreasonably frustrated with myself when I couldn’t understand how to solve a problem, which only made me hate it more. For the first time, I understood why this mental block existed.

Third: I never realized I had issues with my father until this point. The maths thing was just one thing, but I realized this went deeper. I couldn’t stand being called “careless”, and struggled with perfectionism in a lot of areas because I associated my failures with anger and rejection.

Most importantly, I didn’t realize that the way I perceived my father deeply affected the way I saw God. I had projected the hurt and fear that came from my father’s anger onto God. Despite growing up in a Christian home, I viewed God wrongly. I thought of Him as someone who was distant. I thought God was someone I needed to please by being perfect, and I was incredibly aware of how imperfect I was. I was scared of trusting God. I didn’t want him to reject me and be angry with me, so I avoided Him and ran away.

But here is the thing that changed everything: the God I had perceived as far away and distant wanted to relate to me as a good, good Father. His love for me didn’t change. My worth in His eyes was not conditional on my success or my mistakes.

In the weeks that followed, God broke a lot of the lies that I believed about His character, and showed me His truth. Understanding that He was my Father was just the beginning. There is a HUGE difference between knowing ABOUT someone and truly knowing them. I’d grown up knowing about God: I had a lot of ‘head knowledge’ and preconceptions about God I had just accepted and never challenged, but they didn’t actually change the way I lived. I had chosen to live life the way I saw fit, and had a ‘pick-and-choose’ attitude to the Bible. I followed what seemed beneficial and made me look like a ‘good Christian’, but discarded the teachings I viewed as overly costly. Essentially, I rejected Him: I ran away from Him, avoided Him and believed I didn’t need Him. In the emptiness and insecurity I could never shake, I tried everything. I tried to find security and love in the affirmation of others, selfishly filling it with relationships, grades, friends, extra-curriculars and by trying to construct an identity that people would envy. Yet, if anything, I constantly felt like I was at breaking point. Nothing I could do was enough, and I couldn’t be the person I felt I needed to be. I was both exhausted and so scared that someone would see through what I had worked so hard to build.

When I began to know God, instead of just knowing ABOUT Him, for the first time it was as if something finally clicked in place and things began to make sense. Instead of theoretically knowing God as a Father who loved me, I realized the implications for what that meant in my life. I felt free.

I didn’t have to strive for perfection. I understood for the first time what it meant to be accepted by Him: that I didn’t have to be a ‘perfect’ person to be loved by Him, but that He loved me even before the world began. I understood my acceptance wasn’t based on anything I had achieved, but on everything HE had done for me. In choosing to suffer and die for me on the Cross before I even knew His name, He loved me at cost to Himself. I realized He was faithful and kind: that no matter what I had done or how far I ran away from Him, He was waiting for me to come home.

The God I’d thought I believed in was SO much more than I had ever realized. The idea that God, Creator of everything – from the universe itself to the tiniest frog – wanted a close, personal relationship with me was crazy. Jesus talks about Himself as the Good Shepherd: one who leaves the ninety-nine to chase the one lost sheep. That is what the crazy, self-sacrificial love of God is like: that God would leave the comfort of heaven to come to us and our broken world, to die for us.

The story of God’s redemptive love in the Bible doesn’t end on the last page: it continues every day as He teaches me how to walk with Him through all of life. Even though it’s not easy (and a lot of days it often feels more like stumbling than walking!), He has been so patient. He has taught me so much. In understanding how to relate to God as my heavenly Father, He has taught me to love and honour my earthly father. It has been such a blessing to start to see healing there. God is so kind, and so, so good. It’s been a long journey, and is still a work in progress, but I wouldn’t trade it for anything. He is worth it. Following Him is so, so worth it.

The thing is, ultimately, this story isn’t just for me, or about me; it’s for you too. If you’re reading this, I don’t know what you think about God, or how you see Him. Maybe you haven’t thought about Him much, because He doesn’t seem that relevant to you. Maybe you don’t think He exists. Maybe you’re angry and confused at Him for things that have happened in your life. Or maybe you’ve read this… and something clicks. Maybe you really want to go from knowing about Him, to knowing Him personally. I really hope that if anything I’ve written has challenged you even a little bit, you would go and see for yourself: give God the Father a chance to show you who He really is. Ask Him, as I did, to show you how He is more than you know right now.

I promise you it’s worth it. If it’s true, it changes everything.