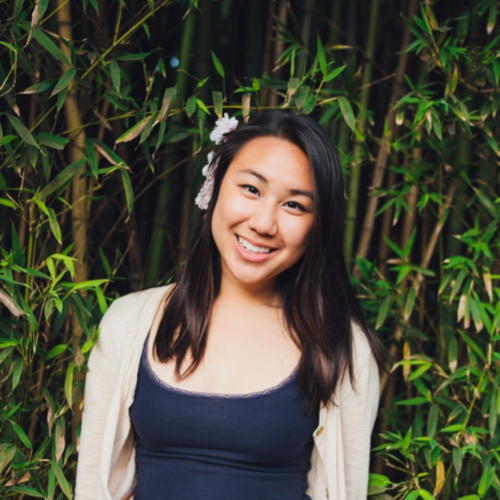 Third year law student
I lived in Australia my entire life before coming to study at LSE. I love bushwalks and Saturday morning brunch. Next place to visit on the bucket list: Faroe Islands (which I am told is actually pronounced like “pharaoh”)

There is neither Jew nor Gentile, neither slave nor free, nor is there male and female, for you are all one in Christ Jesus.

Motherhood? Universally agreed on? To me, motherhood was floral aprons, bake sales and the 1955 “Good Wife’s Guide”. And while maybe this was a warped perception, I had to ask: if women are educated and encouraged to pursue a career, does a life revolving around a husband and children define womanhood any longer?

Why does that bother me as a Christian, you ask? Don’t all Christian women marry early so they can finally have sex and pop out babies until kingdom come? For a long time, I was genuinely scared this was indeed the case. So, I investigated.

When I first asked about female identity as a Christian I made a crucial mistake: I accepted how others before me had interpreted womanhood. A text without context is a con. I read critiques of hegemonic masculinity and the need for a “feminist consciousness”, and I read articles by influential Christian women that took bible verses out of their context to reassure women of their value and self-worth. The more I listened to these women reiterating how ‘strong and brave’ and deserving I supposedly was, the more I was empowered and free to do whatever I wanted because of who I was.

Yet I remembered that before I became a Christian, relying on who I thought I was ironically resulted in an acceptance of society’s unrealistic ideals of pleasure and success. I blindly applied for a law degree, underpinned by a subconscious desire to prove I was intellectually capable and didn’t need anyone to provide for me as a woman. I did whatever I wanted with my body and with whoever I wanted because this signified my freedom to choose. However, rather than feeling fulfilled, I felt empty, and to my confusion, disempowered.

My own ideas of empowerment were as disappointing as apple pie. So now as a Christian, what did it mean to be a woman in this superficial, self-affirming culture?

Out of my confusion, God spoke to me through His word. I’ll give you just one example He showed me of a woman He valued and loved dearly.

Before the Israelites successfully invaded the walled city of Jericho, they sent two spies to scope out the city. When the king discovered the spies lurking around the city, they escaped only with the help of a prostitute named Rahab. She explained why she had helped them: “I know that the LORD has given you the land…our hearts melted, and there was no spirit left in any man because of you, for the LORD your God, He is God in the heavens above and on the earth beneath” (Joshua 2:9-11).

Rahab was neither an Israelite, nor an influential man. Even as a woman, she lay at the bottom of the social strata. And yet, Rahab recognised the kind of God these men trusted in. It was this God that chose to defeat an entire nation through her.

This piece of history said two things to me: firstly, the women God upheld neither passively followed instructions nor exemplified puritan bastions of morality. Instead of handing these men over as commanded by the king, Rahab realised the Israelites’ military might came from the powerful God they loved and she wanted Him to work in her life too, irrespective of her ethnicity, sexual history or background. She was an independent thinker, indifferent to how society saw her.

Secondly, the key to Rahab’s empowerment did not lie in a belief in self, but in an all-powerful God. Rahab did not for a second put her actions down to how “strong and brave” she was; she acknowledged God’s ability to save His people, and trusted Him to save her too. She later became part of Jesus’ lineage, remembered for time immemorial.

So what does it mean to be a Christian woman, then? For me, it means firstly, refusing to passively accept what others (Christian or secular) have claimed about the role of women and examining who Jesus is for myself. Secondly, in asking Him what it means to be a woman, I leave behind my own warped standards of achievement as a woman. Instead I know I am enough not because of what I do, but because of who my God is and the fact that when he died on the cross, he saved me once and for all.

And this is more than enough: living with God means living a real life. This life exists outside any superficial identity society constructs for me as a woman, as an Asian-Australian: I am surrounded by God’s undeserved love and hence live life to the full, whether that means motherhood, the corporate life, or both! I am free to try things and fail fearlessly, not because I rely on my own capability, but because I know that Jesus has picked me up and washed my wounds once and He will do so again and again.

So please, unlike me, don’t ask others what they think of the role of women in society. Read the words He has written to you and me, and ask for yourself whether you want to follow a God that loved you long before your parents knew whether you were male or female. He will open the door to a real life beyond mere conformity, so long as you are brave enough to walk through it.

If you’d like to discuss any of this with me, please do shoot me an email at madeleine.sl.teo@gmail.com!