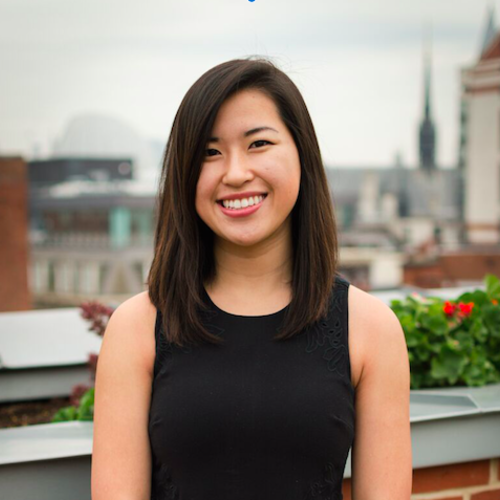 Hello! I’m a junior (third-year) studying Math and Economics at Williams College and have spent the past year studying abroad at LSE (2016/17). I spend most of my time having deep conversations, reading about hedge funds in coffee shops, running along the Thames, and editing CVs.

I was not born to Christian parents. I did not go to church consistently besides Christmas and Easter. I did not spend my formative years in a church youth group. I did not know much about God, and I would only pray when I wanted something out of my control and was really desperate. However, last year when asked in an internship application to describe a fictional character or historical figure who has had an influence on me, I wrote emphatically about my (very real) Lord and Savior, Jesus Christ, and how He had begun transforming my life.

This is the story of how I became a Christian.

My first year at Williams was tough. I’ll be the first to admit that I was unprepared for the academic rigor and overachieving student body—but what really ate at my soul during fall semester was not the workload; rather, it was a psychological burden from being sexually assaulted a few months prior. I felt so incredibly ashamed about it that I had not told anyone and deteriorated in my own self-disgust, guilt, anger, and disappointment. Like most girls, I felt primarily responsible for being sexually assaulted because I had been in a physical relationship with the guy until that point and had put myself in the situation. I minimized the fact that ultimately it was my body that was violated by someone else without consent.

Every day I lived in constant fear that someone would find out from the guy about our physical relationship and endured jolting, unwelcome flashbacks of the experience. My shame and fear distracted me from schoolwork and hardened the central relationships in my life since I felt deceitful for hiding this secret. I sought out almost every advertised resource there was and received counseling, made practical adjustments in my life, and even completed exercises like writing an email to my sister (that was never to be sent) in which I poured out everything. And it all kind of worked. In the next few months, this experience controlled my thoughts less and less frequently.

Little did I know, meeting with sexual assault counselors and writing fake emails is not how our Creator heals and revives souls. The next summer, just one Facebook message from the guy who had sexually assaulted me asking how my freshman year had been, left me fuming and erupting in tears and anguish. I had mistaken suppression (of the experience) for healing and was desperate for permanent peace. I was tired of being triggered and utterly exhausted from carrying the burden of the experience and my damaged sense of self. I remember telling myself and my family if I were ever to be raped (my greatest fear), I simply would rather not live because a life enduring the aftermath of that degree of sexual assault seemed unlivable.

I had been living with two Christian friends at the time and, in the midst of my vulnerability, accepted their invitation to go to church and learned more about what Christians believe and how they live in light of what they believe. After a rash analysis that a life believing in God and the forgiveness of my sins was better than a life without God, I accepted Jesus into my life and started pursuing a relationship with Him. I quickly learned that being a Christian doesn’t just mean accepting knowledge and going to Bible study and church, but it also meant “offering your life as a living sacrifice to Him” (Romans 12:1), “trusting in the Lord with all your heart” (Proverbs 3:5), and to my particular distaste, “forgiving one another if any of you has a grievance against someone…as the Lord forgave you” (Colossians 3:13). It meant actively living a life for Christ. True followers of Christ don’t follow God only when it’s convenient, or when society’s conception of what is right to do aligns with God’s conception of how humans were created to be. Following God entails being obedient even when you really, really don’t want to because you trust in God’s promises and know the relationship you have with Him is real and good.

The biggest hurdle in my pursuit to follow God was his call for forgiveness and reconciliation as the methods to resolve grievances. This sounded idyllic and effective in theory, but surely God wouldn’t want me to forgive the guy who had sexually assaulted me, someone who I hated intensely and who had largely damaged me and my freshman year experience. Why should I forgive someone who didn’t deserve to be forgiven?

This need for forgiveness to be justified by my own terms kept me from following God instead of my own desires, and it wasn’t until I came across this quote that God found me in my brokenness and taught me about grace:

I was FLOORED. Did I deserve to be forgiven of the “wages of sin” (death) and be granted the free gift of eternal life through Christ Jesus (Romans 6:23)? Were/are my many sins against God excusable?

I didn’t need any more justification to forgive when I understood how infinitely more unjustified I was to be forgiven of my own sins. God loved the world so much that despite how much we sin and fall short of His glory, He sent his one and only son to live a blameless life among us and suffer an excruciating death on the cross, paying the debt for all of humanity’s sins.

So I forgave. I explained to the guy how much I had been affected, that I was forgiving him, and that I didn’t hold anything against him anymore. For the first time, I acted on my faith in Christ when it was at conflict with what I would have wanted to do otherwise. Jesus promises, “Come to me, all you who are weary and burdened, and I will give you rest. Take my yoke upon you and learn from me, for I am gentle and humble in heart, and you will find rest for your souls”— and if I did not FINALLY “find rest for [my] soul”, I would likely not be a follower of Christ today (Matthew 11:28-29).

Ever since, I have trusted God more and more with situations and relationships, and He has gradually built a stellar track record. I don’t mean he has been a genie who answers all of my prayers, but he has been a loving and gracious God who brings peace, joy, and hope to my life through inevitable stressful low points, worldly successes, and true tragedy— he brings fulfillment and satisfaction that close friends, the best sister and parents, or a coveted Wall Street internship cannot even come close to bringing. I am no longer enslaved to a past or future sexual assailant but am a free and loved new creation in Christ. Through the most painful and life-wrenching thing that happened to me in my life, God brought me to desperation, led me to reconciliation, and granted me salvation, and for this, I am forever blessed.

If you have any thoughts about this, please email me at syl2@williams.edu :) Also, if you know anyone who has been sexually assaulted, please consider sharing this with them.