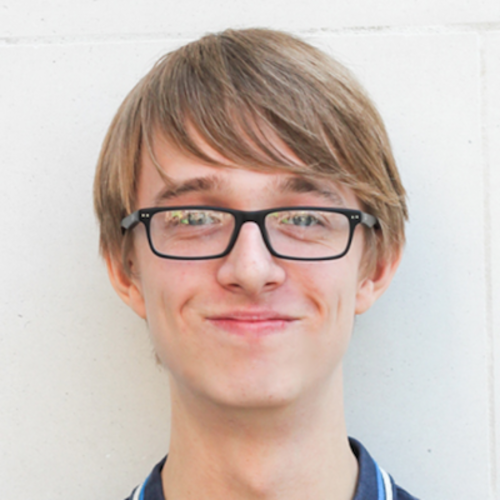 Tim was a 22 year old BSc Government student (2016) from just outside of London.

For God so loved the world, that he gave his only Son, that whoever believes in him should not perish but have eternal life. For God did not send his Son into the world to condemn the world, but in order that the world might be saved through him.

I grew up in a comfortable middle-class family in a comfortable leafy suburb on the outskirts of London and by all accounts led a comfortable life. I would have described myself from an early age as a Christian, as almost all people from my background would - I believed in the nondescript and amorphous God of Britain’s cultural and nominal Christianity: a god that all people believe in simply by default, who is there only for the odd prayer, to oversee weddings and funerals, and even, perhaps, to be thought of wistfully at Christmas or Easter.

This god made few, if any, demands on my life. He liked what I liked. He found the things that I find annoying, well…annoying. I didn’t have a problem with the idea of sin – of some things being wrong and displeasing to God, but they were for people out there, not for me. What problem could God possibly have with me? I worked hard at school and treated my parents and sister well. For what could I possibly face judgement?

When I started at secondary school in 2004, at the age of 11, I just so happened to find myself in a group where many of my close friends were Christians. Thinking myself a Christian, I wasn’t taken aback when they invited me to go to Christian Union meetings at school, and later when they brought me along to church. I just thought they were a more “keen” kind of Christian in a “take it or leave it” kind of way. I joined happily.

However, at church and at Christian Union meetings at school, I was exposed to a Bible which points to a Christianity that was far from what I expected or knew. The Bible tells us about a God who cares for us and loves us, but whom we have profoundly strayed from. In so many ways, we reject him day-in-day-out - through our thoughts, through what we do, and what we neglect to do.

This, I discovered, is what the Bible calls sin - it’s not just something for bad people, as we have all rejected God and gone our own way, whether through putting ourselves before those we love, thinking lustful thoughts or thinking our talents and money are ours and only ours to dispose of as we please. Of all these things, I was guilty as charged.

But this same God provided a solution in Jesus, fully-God and fully-man who, though he was God, came to earth at a real point in history, really died and was really raised to life to provide a way out: a way for broken people who have rejected God to be reconciled to him, to know him and to live for rather than against him.

That event in history is at the heart of Christianity - this is why Paul, one of Jesus’s most prolific followers who had once persecuted the church ferociously, writes in the Bible “if Christ has not been raised, then our preaching is in vain and your faith is in vain”. Christianity stands or falls on whether Jesus was raised after he was crucified - and there is strong evidence presented in the Bible and elsewhere that he really was.

Even beginning to accept this, I took me a number of years to come to terms with the reality of the God of the Bible. Despite having heard the message and half-believed it, I found myself continuing to go against what I knew God wanted, living for myself and nothing else, finding myself in a relationship which was ultimately only about me. Then, one day, God hit me with the truth: if I believed that he had died for me, then that had to change the way I lived. It was then that I truly accepted the message of Christianity and, more than that, put my trust in the person of Jesus, and said sorry for the way I had rejected him, and asked him to help me change.

Since then, I have discovered that real life and real freedom are found in living for God. As the author C.S. Lewis puts it, “we are half-hearted creatures, fooling about with drink and sex and ambition when infinite joy is offered us, like an ignorant child who wants to go on making mud pies in a slum because he cannot imagine what is meant by the offer of a holiday at the sea. We are far too easily pleased.”. What God offers is far better than anything I had ever imagined: a living hope, an eternal purpose, and a community of fellow believers with whom I can praise and serve God.