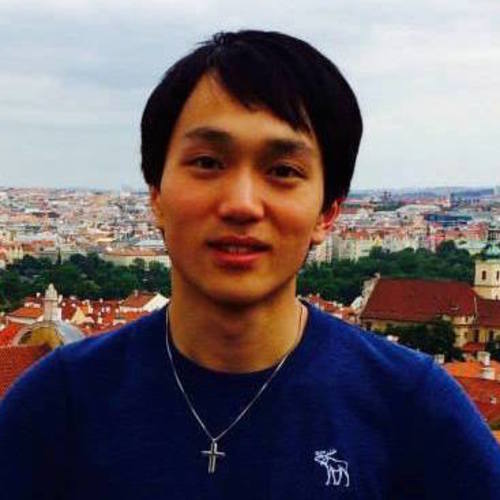 Economics Graduate (2016) from Beijing, China.
I play the piano, and I love Chopin and Rachmaninoff.

For God so loved the world that he gave his one and only Son, that whoever believes in him shall not perish but have eternal life.

I come from a very traditional Chinese family. Unlike many people who have grown up hearing about and knowing that there is a God, I grew up with everyone telling me there was no God. At school, we were taught the theory of evolution – that the universe came from the big bang, that we all came from chimpanzees, etc. My parents were communists (although not serious communists); they told me that religions were superstitions which would lead me astray. So I was a staunch atheist when I was a kid not because I truly believed that God did not exist, but because I was not given a chance to think about it.

In 2004, my father’s friend invited my family to church. I was not serious about it, but my parents became Christians after a few months. I was actually quite annoyed, and told my parents, “There is no God – don’t be stupid.” But when my mother replied, ‘Why is there no God?’ it shocked me, and I suddenly realised that I hadn’t really thought about it. There must have been a good reason for my parents to become Christians after being atheists for nearly 40 years. How dare I say there was no God without even exploring this area. So I decided to go to church to try to find out if God was real.

At that time, I had never been to church, but I had been to Buddhist temples. When I was there, monks told me a lot of rules and traditions, some of which did not make sense to me. When I went to church for the first time, therefore, I expected to hear a lot of nonsense, or some metaphysical arguments which nobody understands. To my surprise, it was not like that. We began with songs, which were lovely. And then there was a talk, which was very relevant to our lives. This came as another surprise because I always thought that once you became a Christian you had to become a hermit and live on a mountain somewhere.

It was not like that: Christians still “live in this world”. In fact, they are weak and they struggle with their lives. From their sharing, I could see how they experienced God in many small things in their lives, which I now experience myself (they struggled with work, studies, relationships, etc.). They loved, encouraged and offered each other help. Instead of looking at me as an outsider, they cared for me and treated me like their brother. I was puzzled: why were they so nice to me? Reading the Bible with them answered my question: I noticed that the word “love” appeared everywhere. That God loved me (John 3:16) was particularly striking. I didn't know who God was and I had no idea what it meant, but, even as a rational guy, seeing a group of loving people who were just so real made me feel God’s love. For the first time, the Bible made sense to me, and I believed that it was real. Then I started to go to church more often, read the Bible with my parents, and embrace God’s love. If you ask me when I started to truly accept God, I would struggle to give an exact answer because there was no one dramatic moment: it was a gradual process.

Looking back, my life has changed a lot, but if I am only allowed to share one big difference, I would say: I have found my identity and purpose in Christ. As I said, I am from a very traditional Chinese family. Chinese students compete with each other from primary school. For many, the meaning of life is doing well in exams. Our parents told us that studying hard was the only way to change our lives. Teachers at school even ranked our seats according to test scores, and said that students who sat in the front were winners, and those who sat in the back were losers (so don't blame Asians for being excellent exam takers). Back then, I thought, “I just have to endure this because once I get into university, everything will be fine.”

When I came to LSE, I realised there was very little difference: from day 1, people try to find internships and jobs, to network, to make themselves known to everyone. Success is defined as someone who earns a lot of money, has a good reputation, and retires as early as possible. Thankfully, throughout my life, God has constantly reminded me that my identity is in Him, and he does not love me more because I am rich, smart or influential: His love is unconditional and unchanging, and I am always His son. My life would be so different if I did not believe in Him. I would constantly feel insecure and strive for what the world defines as success. I am not saying that I shouldn't work hard, but having this identity gives me a passion for life – real life – because I believe it has a purpose for God.