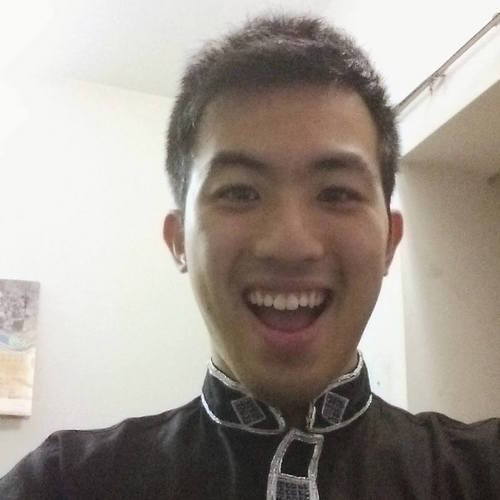 Whom have I in heaven but you?
And earth has nothing I desire besides you.
My flesh and my heart may fail,
but God is the strength of my heart
and my portion forever.

Many profess to be followers of Christ, yet live lives that are no different to non-believers.

Studying in LSE, one of the most heard lines is, “I really want to be a banker, work in finance and retire young.” It is always easy to lose focus on what you really want to do with your life. When I graduate in a few months’ time, however, what will be the most important is not my certificate, but instead how God has shown me how much it costs to follow him.

I was not born in a Christian family, but I met Christ when I was about 18 or 19. Yet knowing Christ is one thing, being willing to live for him is another. During my second year at LSE, I picked up a book called social businesses by Mohammud Yunus in a second hand bookstore and that was the beginning of a journey which God has taken me to.

Given the established recognition of the organization, I sent them an email to apply for a summer placement in Bangladesh with Grameen Bank without any expectations of getting a reply. Four months after, when they actually replied to me, I had actually forgotten I sent the email in the first place! I was unprepared, but seeing how swiftly every door was opened (references, visas, places to stay – I did not have a confirmed place to stay until before the day I was due to depart), I can only say that God was behind all of these.

So I went to Bangladesh knowing that God had brought me there. Even though it’s a Muslim majority country, where being a Christian is considered as an apostate, punishable by renouncing from family and society, I saw how followers of Christ gathered and worshipped, rejoicing not in their own circumstances but in themselves being found by Christ.

I met pastors who were originally Muslims, had met Jesus and were now willing to risk all they had just to let other Muslims know how sweet and free it was to know Him. I can still see them looking into my eyes telling me they were encouraged by my presence, when to me it was them who were the encouragement.

There was a missionary family from China who kindly invited me to their place. One of their children was born in Bangladesh, and the other was brought to Bangladesh when he was one. The wife shared about her story where she nearly died of dengue fever with a broad smile, saying death is gain for her as she will meet Jesus sooner. Their stories showed how much faith they put in God and how much they wanted to be with Christ.

Seeing all these encouragements and stories of people completely committing themselves to Jesus, I was inspired. My first little step to committing myself to whatever God wanted me started with a conversation with a Bangladeshi friend: I was eventually able to share the good news by handing him a new testament. To openly tell another person about Christ is illegal in Bangladesh, but I did it because I long to live a life desiring God and His kingdom.

This is real life: that we live not according to what we enjoy but that we simply follow Him, because nothing can separate us from His love, and it will always be worth it.

Questions? Email me at: Alexander.kc.lee@gmail.com